I have found myself getting inspired by Mitch Joels posts on Six Pixels of Separation a lot lately. His post, Citizen Journalism Is A Farce, makes me think of one of my old posts in Swedish, where I used some images I can re-use here.

I firmly believe professional journalism has a role to fill. But bloggers and citizen “journalists” have a role too. The ethical code journalists have to follow has it’s advantages, but I also believe the constraints journalists have to work within, with limited room in paper and online editions as well as short (as well as fixed) deadlines opens up a huge niche to fill for the so called citizen journalists.

Let’s use some images.

This is an illustration of what traditional media can report:

It might be as objective as humanly possible, but it is no doubt limited, and doesn’t provide the complete picture. Bloggers and citizen journalists can add more perspectives:

It is still not the complete picture, but it is much richer than what traditional media alone can provide. Citizen journalists or bloggers can also focus a lot more on specific details, which give added depth.

Another important aspect is something that Chris Anderson has touched upon:

“…amateurs are by definition volunteers. They choose to spend their time on what they do, and they go exactly where their passions, interests, knowledge and personality takes them…”

“To me that’s the difference between amateur and professional content: the first may not be polished, but it’s driven by the sort of intense interest that cannot be faked. The second may be better written, spelled more correctly and otherwise competently produced, but all too often it has the arms-length perspective of a drive-by.

This is one of the problems with professional journalism: journalists go where the story is, and every day brings a new story. Journalistic skills are portable, but deep domain skills are not. Meanwhile, the amateur lives one story, their own. They make lack journalistic skills, but if you’re interested in their world, there’s no better guide than a native.”

No doubt an interesting thought.

The possibilities on the Internet, with extreme ease of publishing has made it possible to explore, and write to, niches that weren’t profitable before, as there is a potential worldwide audience. Also, the amateurs create a lot of content that is even more niche. This has opened up a wealth of information for everyone who’s got a specific interest. And I love it! 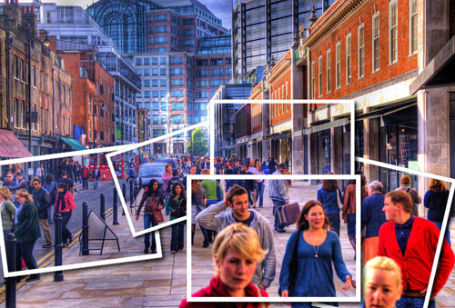 Thanks to wili_hybrid for the pictures.